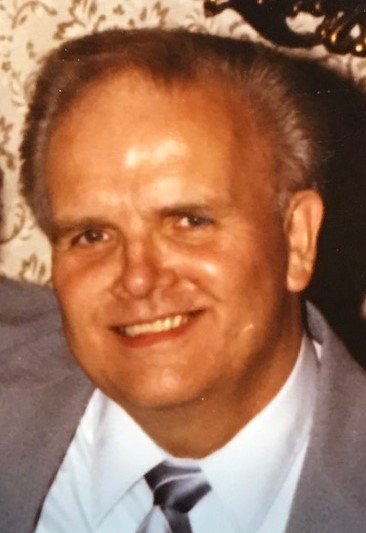 Rudolph Joseph “Rudy” Ellick, 82, died peacefully in his sleep on Tuesday, October 27, 2020. A native and longtime resident of Philadelphia, he had recently moved to Denver to live with his daughter.

Rudy was a Navy veteran, having served 4 years in the ATU-604 Air Squadron and 2 years in the Naval Reserve. He was a tool and die maker by trade and had a keen eye for detail. As a divorced dad, he was devoted to his two girls and loved to take them shopping. He would wait patiently outside of dressing rooms, holding purses and excess items that were over the limit allowed inside. And no shopping excursion was complete without a trip to Ponzio’s Diner for crab cakes, ravioli (half meat/half cheese), and a mixed seafood platter. Rudy was proud of his Polish-Ukrainian ancestry and relished taking over his mother’s cooking legacy during Easter. He would make a huge pan of galumpkis from scratch and purchase homemade pyrohy (“the best”) from the ladies at the Ukrainian Catholic Cathedral of the Immaculate Conception. A diehard Philly sports fan, Rudy was thrilled to finally see each of his favorite teams win a national championship with the Eagles’ Super Bowl win in 2018. He was also a passionate member of Notre Dame’s “Subway Alumni” and was so proud when his eldest daughter became an ND alumna in her own right. His hobbies included raising tropical fish, ink drawing, fishing, photography, and traveling. Rudy loved animals of all kinds and was especially happy to be surrounded by a menagerie of pets during the last few weeks of his life. He was known for his quick wit, infectious laugh, and most importantly, his selflessness for his family. One of his favorite pastimes was entertaining his grandchildren with countless stories of his devilish youth.

Donations in Rudy’s memory may be made to the Denver Dumb Friends League.

To send flowers to the family or plant a tree in memory of Rudolph Ellick, please visit Tribute Store

Share Your Memory of
Rudolph
Upload Your Memory View All Memories
Be the first to upload a memory!
Share A Memory
Send Flowers